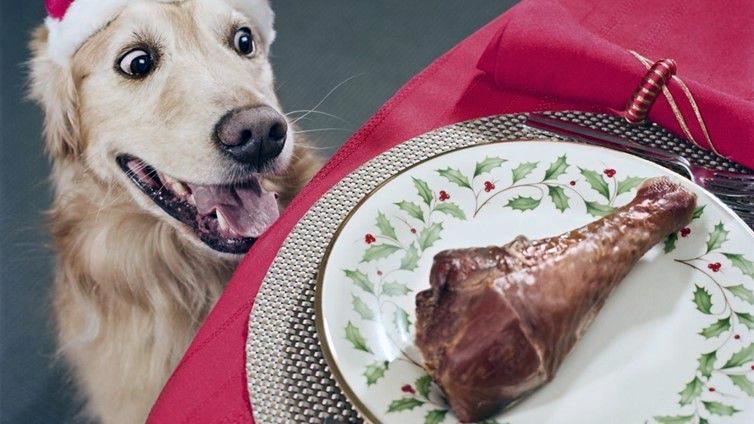 Teriyaki Sauce originates from Japan and is a loved recipe worldwide. People love this dish and often wonder if they can feed their dogs the same. So, is it okay for your paw friends to have Teriyaki Chicken? What about any other recipes, including the Teriyaki Sauce?

We have elaborated on the facts if dogs can have Teriyaki Chicken or not, so keep reading.

Can Dogs Have Teriyaki Chicken?

Let’s start with NO. Chicken is tasty and full of protein. They are also one of the dogs’ favorite foods. However, the compound becomes toxic and dangerous for dogs when Teriyaki is added. Let’s discuss why.

This dish has sodium in high amounts. It is not only unhealthy for dogs but is also toxic if taken in large quantities. The second ingredient in the Teriyaki Chicken is sugar. Problems like tooth decay, obesity, and diabetes can surface in your dogs if you expose them to sugar frequently.

Some Teriyaki uses Xylitol as a sweetening factor instead of sugar to make the product sugar-free. And you might think your pup can consume it then. However, Xylitol is extremely dangerous for dogs. It can result in liver failure and other severe symptoms like extreme diarrhea and vomiting in the worst cases. The westerners are famous for adding Garlic to their Teriyaki Chicken recipe. Garlic is also another toxic ingredient for dogs, although not as much as Xylitol. Garlic can result in oxidative damage, which affects the RBC of your pups. It can cause hemolytic anemia within a short time if taken in large amounts.

If your pup accidentally consumed Teriyaki Chicken in a moderate amount, you might notice vomiting and diarrhea for a few hours. This is normal, and you should be careful to keep the Teriyaki Chicken out of its reach in the future. However, if the consumed quantity is high, diarrhea and vomiting can be severe and will last up to 24 hours.

The best way to deal with this is to seek the help of a professional vet. Activated charcoal and a lot of fluids can relieve the symptoms of your pup and make it healthy again.

What About Feeding Your Dogs Recipes Involving Teriyaki Sauce?

First, let’s talk about how Teriyaki Sauce is made. It is a mixture of soy sauce, sake (or wine), and sugar (honey and Xylitol are some alternatives). Furthermore, in western areas, they also add garlic for extra flavor. These ingredients are boiled until the required thickness is attained. After that, the sauce is added to the meat which is then grilled or boiled.

Soy is renowned for inducing allergies in dogs. So, if your dog is allergic to foods, you should avoid any soy ingredients. If humans consume soy sauce in large amounts, it can lead to many health complications. Thus, the results can be even more severe to your fur friends. One of the ingredients in soy sauce is sodium. It is only safe in minimal quantities and thus not recommended.

Soy Sauce also contains too much salt, which can lead to salt poisoning in your dog. In addition, there is this chemical named ‘histamine’ which can be harmful. Another troubling ingredient in the Teriyaki Sauce is sugar. There are many cases of diabetic dogs due to the regular use of sugar. Not only this, but it can also result in periodontal disease.

Xylitol is a sugar alternative in the Teriyaki Sauce. You might think this will prevent your dog from diabetes, but this chemical is even more harmful. Even the smallest portion of Xylitol can be life-threatening for pups.

It causes a rapid and massive drop in blood sugar. In worst cases, your dog can experience seizures and liver failure. Some also use honey as a sugar alternative. It is relatively safer for dogs.

Finally, there is garlic. It is known to cause oxidative harm to your pet. The bottom line is that Teriyaki Sauce should be avoided at all costs.

Pork is amazing for the growth and nutrition supply to your pup. It is tasty and full of protein that helps maintain healthy fur, skin, and nails. However, when marinated in Teriyaki Sauce, pork also becomes an unhealthy diet for your dog.

Due to the harmful ingredients in the Teriyaki Sauce, it is better to serve your pup with natural pork rather than embellishing it with the sauce.

Anything that has Teriyaki on it should never be fed to your dog. In addition, beef jerky can also have some nasty compounds depending on the ingredients.

If the beef jerky is homemade and you haven’t added anything that could affect your dog, it can be safe. However, artificially produced beef jerky should be avoided.

Even though meat is a crucial part of a dog’s diet, you should never use it with Teriyaki sauce. When consumed in small amounts, the dog may show signs of vomiting and diarrhea. This subsides in a few hours and does not require expert help. However, if your dog eats the teriyaki ingredients in large amounts, you should rush it to the emergency ward.

We assume you got enough insights on whether dogs can have Teriyaki Chicken or not from this article in order to keep your dog safe.